More than almost any other soundsystem, Funktion-One has become the go-to rig for almost every club on the planet, from Berghain to Cielo (NY) and beyond…

Funktion-One is a British inventor and manufacturer of high performance loudspeakers. The company is driven by an unwavering desire to achieve the best possible audio quality – regardless of the size or nature of the challenge at hand.

Tony Andrews and John Newsham founded Funktion-One in 1992. They are highly regarded designers and manufacturers of high quality point source loudspeaker systems, with numerous patents to their name.

The duo, who were also responsible for founding Turbosound in the 1970s, are accredited with several generations of revolutionary loudspeaker designs, including the TMS-3, Flashlight, Floodlight, Resolution, Evolution and Vero systems.

They are widely known for their pioneering work and ethos, which established many of the principles that subsequently became standard audio industry practice.

Whilst often imitated, their designs have not been surpassed and have been the first choice for a large number of permanent, semi-permanent and touring sound applications around the world.

Tony Andrews will be presenting a live sound quality workshop in the BMC Academy Theatre! This will be a masterclass in best practices and how to perfect your sound as well as a chance to delve into the mind of the UK’s leading speaker and sound system providers.

For the first time ever, a joint interview with Tony & Ann – a unique opportunity to hear from true pioneers of professional audio! To be hosted in the BMC Professional Theatre.

Funktion-One will also be supplying the sound in the BMC Academy theatre along with Sound Services. 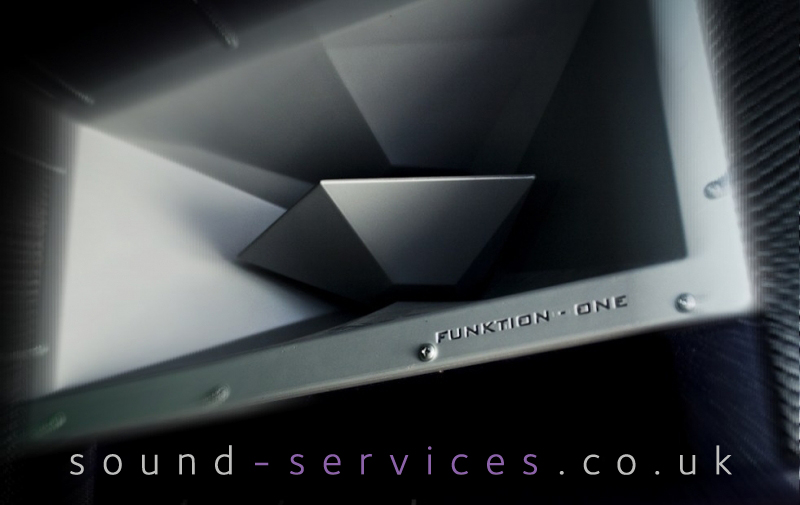 Sound Services is a trusted Funktion-One rental partner and leading provider of pro audio hire across London and the surrounding areas.

Its team of highly skilled sound consultants, technicians and engineers have experience in a range of events, from large-scale festivals like Glastonbury, to private parties, club nights, gigs, corporate functions and fashion shows.